A GP whose practices were ruled 'inadequate' has admitted he gave patients legal cannabis plant extracts.

A spokeswoman for the General Medical Council confirmed an investigation was underway into Dr Prodhan, although they declined to confirm the nature of the allegations against him.

Dr Prodhan himself has confirmed the allegations concern 'unauthorised clinical drugs trials with cannabis oil', something he denies.

The 50-year-old, from Didsbury, hit the headlines in 2016 when he was praised for turning up at Old Trafford Medical Practice, where he was medical director, during a staffing crisis - the same day he tied the knot with partner Louise.

He had been credited with turning around the ailing practice.

But, after a number of current and former staff turned whistleblower, a review was ordered by the Care Quality Commission (CQC).

The health watchdog's damning report concluded the service provided at the practice was 'inadequate', the M.E.N. has previously reported

Another report by the CQC concluded a second practice run by Dr Prodhan, Gloucester House Medical Centre in Urmston, was also 'inadequate'.

The doctor has agreed with the NHS Trafford Clinical Commissioning Group to end his contract to provide GP services at both practices.

But now the doctor has admitted that among the allegations made against him in April this year was that he 'conducted unauthorised clinical drug trials with cannabis oil'.

He told the M.E.N. he denies this allegation but conceded he had given a small number patients CBD oil (cannabidiol), which is sometimes known as medical cannabis.

CBD, which is legal to buy and is thought to have a number of medicinal properties, is one of more than 100 cannabinoids which make up cannabis plants.

Most of these cannabinoids are controlled substances under the Misuse of Drugs Act but CBD is not, unlike THC which is a psychoactive cannabinoid which makes users 'high'.

Sales of cannabis oil have soared with an estimated quarter of a million people regularly using it in the UK now.

One CBD-based drug is close to being licensed as a treatment for two rare forms of epilepsy but so far the NHS does not recommend it for any other medical conditions.

Dr Prodhan admitted he provided free cannabidiol samples to eight patients in February and March this year, adding that the samples were a 'food substance legal to sell in chemists and retail shops'.

He said these samples were provided to him by a private company and that he 'received no financial benefit'.

The GP said he stopped working with the firm in March.

"The patients consented and benefited with improved quality of life scores. This gave me the confidence to advise appropriate patients subsequently to consider buying CBD over the counter.

"CBD, is a natural product, and will save the NHS money and resources and help patients to have improved quality of life, in my opinion," said Dr Prodhan.

The doctor said CQC officials 'assumed I was doing harm to the patients'.

"The stigma of cannabis as a controlled drug will take time for health care professionals to adjust their mindsets," he went on, confirming he recommended the patients concerned buy 'over-the-counter CBD oil after the positive results' in patients with insomnia and anxiety. 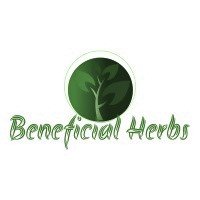