Organic Turmeric (Curcuma longa) plant of the ginger family has incredible benefits for the human body.

Everyone is well aware of the fact that the spices are used for several distinctive purposes. From adding scrumptious flavors to your food to providing healing properties, spices does them all. Spices are generally used to bring flavor, add in color and preserve food. The reason why spices are considered to be beneficial for human health is mainly because of its origin. Since, they are derived from roots, barks, branches, stems and leaves therefore, spices are considered to have loads of benefits.

We are specifically talking about two spices today –Organic Turmeric and Black Pepper. Both these spices have the importance of their own. Turmeric originates from the rhizomatous herbaceous perennial flowering plant of the ginger family (quite a difficult name though) while the Organic black pepper flowering vine in the family.

Organic Turmeric and Organic Black pepper are considered to have loads of benefits. Both the spices are mainly added to the food not only to add flavors and taste but also to provide all the benefits one can have by consuming these spices. We have combined a list of advantages you can get from these spices. Have a look and make sure you try to make them a daily part of your diet.

Sundry Health benefits of the spices:

Turmeric is widely used in Indian and Asian cuisine. Since, turmeric has loads of sundry health benefits therefore it used in a number of dishes. Turmeric is a basically a vibrant orange-yellow spice which can be used as an anti-septic, antibiotic, antifungal, antioxidant and antibacterial too. But, unfortunately, all these benefits cannot be used by our bodies mainly because turmeric has low bioavailability. This when the black pepper jumps in. When both the spices are mixed together, not only the cucurmin but the pepper also shows its effect. As we have already discussed the advantages of the turmeric. So let’s just get straight to the benefits of pepper. The pepper helps in enhancing digestion, regulation of nerve signals, controlling obesity and also in fighting cancer. All these advantages are provided to the body when both the spices work simultaneously and together.

One of the question which might be popping up in your mind right now probably is; “Why are we talking about turmeric and pepper together?”

Well, the main reason why we are relating these two spices is mainly because the benefits of turmeric can only be observed when the pepper is used with it. This is mainly because Turmeric has poor bioavailability. Most of the curcumin that is swallowed gets broken down before it gets engrossed. Piperine helps in making turmeric more bioavailable. This could be because it hinders specific intestinal digestive enzymes. This escalates the amount of any drug or supplement that can be riveted by the body. They also do not get besmirched swiftly. Hence, there are researches to test if co-administering turmeric with pepper can actually help in improving the bioavailability of the cucurmin.

Helps in reduction of pain:

Piperine in black pepper specifically triggers TRPV1 (transient receptor potential vanilloid type-1) in our body. This eliciting can lessen and reduce pain. Piperine can also be used as an analgesic cream that is especially crafted to be applied topically to the skin which ends up in relieving pain. Some studies have emphasized on using piperine as a new way in order to reduce and kill pain – exclusively neuropathic pain which usually tends to be untreatable.

Dietetic polyphenols like piperine and curcumin have been studied in the laboratory especially for their influence on preclusion of breast cancer. Mammosphere formation, which is an indication of breast stem cells were thoroughly studied. Early progenitor cells, normal stem cells, and healthy breast epithelial cells were observed and scrutinized after control, piperine and curcumin treatment were mete out. Turmeric and black pepper composites both constrained mammosphere formation. They also prevented any noxiousness, thus exhibiting that they could be probable cancer defensive agents. Current breast cancer treatments are frequently ineffectual and every so often even after chemotherapy and other treatment, the cancer cells tend to reappear. According to new researches. This could be because cancer stem cells still remain and could cause tumors to recur after a period.

Turmeric and Organic black pepper can be combined to combat high cholesterol levels, obesity, and diabetes. Diet-induced corporeal vagaries to blood glucose, body weight, low-density lipoprotein (LDL) or bad cholesterol and triglyceride tend to be altered by CPQ. CPQ is an abbreviation for the combination of curcumin, piperine and quercetin (got from onion skin). Occurrence of flavonoids in CPQ is perhaps blamable for numerous of the responses like a reduction in glucose transport. Most of these studies were conducted on rats in the laboratory.

Combination of turmeric and pepper with natural ingredients:

Diabetes can cause a swarm of several distinctive health problems. Blood vessel impairment is one such corporate consequence of diabetes. Investigators have found that complexes curcumin and piperine in turmeric and black pepper help lessen oxidative stress that instigates blood vessel mutilation to begin with! So make sure you take turmeric with black pepper to keep diabetic complications away.

In vitro studies have found that turmeric battles harmful organisms, though more investigation is obligatory to control if this outcome can be simulated in the human body. As a bio enhancer, black pepper not only boosts these abilities, it also counterattacks harmful organisms.
Black pepper and turmeric seems to work as a great team, providing tons of advantages and helping our body fight several diseases which are often hard to treat with medicines. If both these spices are consumed in a favorable amount than there are several chances that you might stay fit and healthy than you are now.
So, make sure you make these two spices a part of your diet. Trust me, you’ll see the outcomes and consequences by yourself. For more such medical and important articles, stay connected. 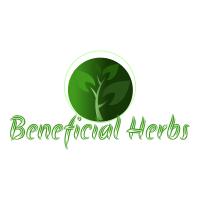